Kahoru Sasajima
Broski (サーファーくん) is a Ham-Ham who appears in Hamtaro: Ham-Ham Heartbreak and Hamtaro: Rainbow Rescue, and in some of the Japanese episodes. He acts like a cool surfer, but in reality, he can't actually surf, and this gets him in trouble. Okini once had a crush on him.

He once had a crush on Malta but became friends with her after he realized she was in love with Tater. 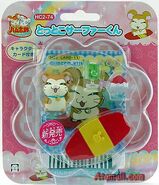 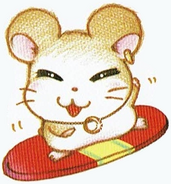