This article is about the Game Boy Advance game. For the television special of the same title, see Ham-Ham Games (OVA).

Hamtaro: Ham-Ham Games (とっとこハム太郎 ハムハムスポーツ) is a sports video game developed by AlphaDream and published by Nintendo for the Game Boy Advance. It was released in Japan on July 15th, 2004, Europe on July 16th, and North America on July 27th. The game was released shortly before the 2004 Olympics that were held in Athens, Greece from August 13th to August 29th, 2004. This was also the final Hamtaro video game to be released on the Game Boy Advance, with future entries being on the Nintendo DS.

The game is split up into 7 days. The Opening Ceremony and the 100hm Dash are played on the first day. From then until the last day, three events are participated in each day. In the break time between the events players may guide Hamtaro around the various venues in search of Sunflower Seeds and other items. Players may also watch the TV at the Clubhouse, of which there are 4 shows, "Ham Requests", an all request radio type of show, "Ham Fortune-telling", a fortune telling channel, "Ham Shopping Network", a show where players can buy various costumes, and "Ham Studio News", a recap of the day's events. On the final day, the only event participated in is the Marathon.

The controls are different depending on the event played, however, each event also offers a practice mode, which is the same as the main event, however, the results are not counted against your team.

Additionally, there is a basketball minigame starring Penelope accessed inside of the Clubhouse, which is a modified version of the Nintendo Game & Watch game Fire from 1980.

There are several codes that can be entered in the hamha machine. Each one can produce some effects such as getting special friend cards or costumes. Here is a list of all of these codes with their effects.

Additionally, other words may produce something. The list of words that work depends on the language selected.

In any language (except for japanese):

Also, these actions will have effects during the following events:

Friend Cards are a collectible in Ham-Ham Games, which show detailed pictures of various Ham-Hams, alongside tips and tricks for playing the game. Many of these cards were only available for Japanese players that connected to a Nintendo Joy Spot during limited periods of time; cards were distributed from July 2004 to February 2005. Some of these exclusive cards can be unlocked using special Hamha-Machine codes in all versions of the game.

For the full list of cards with images, see Hamtaro: Ham-Ham Games/Friend Cards.

Additionally, filling the Friend Cards menu with 50 cards (this includes both friend cards from tradings and special friend cards) will change the design of the background in the main menu, and unlock a secret minigame (similar to the basketball one in the Clubhouse).

Main menu with a normal design.

Main menu after getting 50 friend cards. 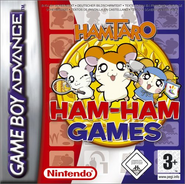 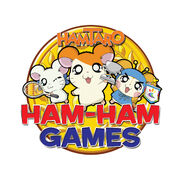 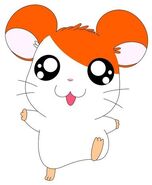 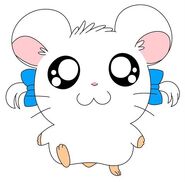 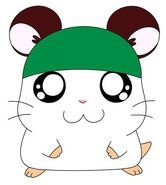 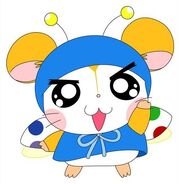