According to the game's story, Q was a very ambitious hamster and would always seek out knowledge, even when he was young. When he found out about Princess Hatena's book of five ancient riddles, he became determined to get the legendary power that the book could give him. He traveled all the way to the Princess' castle with all the sunflower seeds he had to buy it. But when the Princess refused, he became angry and locked her inside her own library. 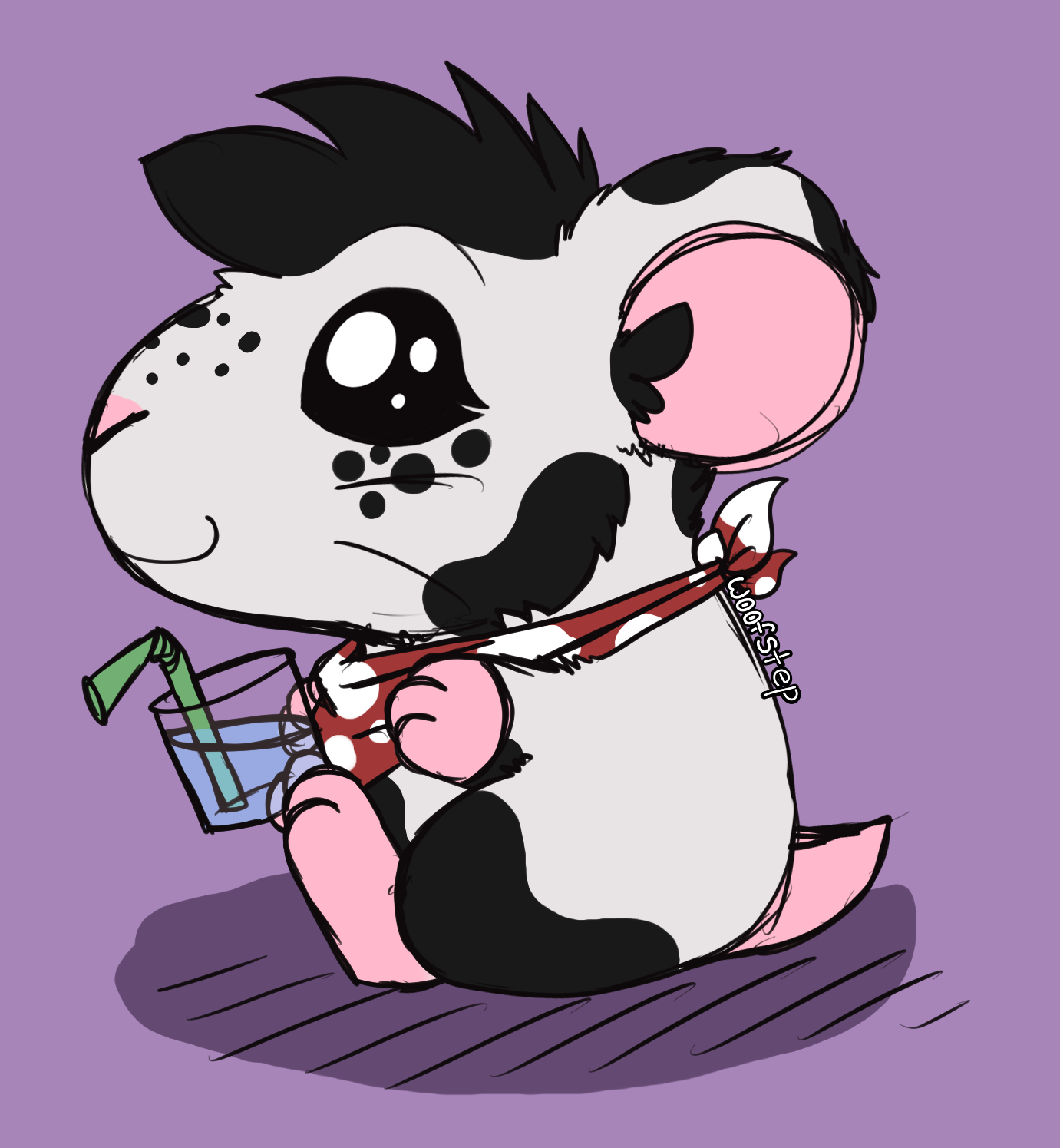