Boss introduces Hamtaro and Oxnard to his friends. When it's raining, a cat appears and attacks Penelope, but Hamtaro defeats the cat. Boss shows everybody his house, only to find a sleeping hamster named Snoozer. The hamsters decide to convert Boss' house to the Ham-Ham Clubhouse. Meanwhile, Laura goes to a new school. Her new teacher is Mr. Yoshi and her new classmates are Kana, Travis, Kylie and June.

On Laura’s first day of school, Hamtaro can't help Laura choose the perfect outfit, but he decides to help by keeping an eye on her at school. He soon gets sidetracked though when he runs into his new friends Oxnard and Boss, who introduce him to more hamster pals, Pashmina, Penelope, Howdy and Dexter.

Suddenly a huge rainstorm sends them under a tree to stay dry. There they encounter a ferocious cat who battles them for territory. Hamtaro saves the day by diverting the cat after a close call with the youngest hamster, Penelope. After that, Boss takes them to his hideout, only to find a hamster sleeping there in a yellow and blue striped sock. They name him Snoozer. Howdy gets everyone to clean up Boss’s place. Hamtaro has a great idea: the hideout can become the Ham-Ham Clubhouse!

That night Laura tells Hamtaro about her day, and he learns that Laura’s new friends have pet hamsters of their own. He’ll see them all soon at the new Ham-Ham Clubhouse! 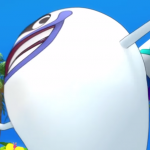 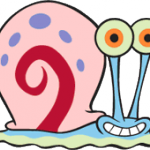