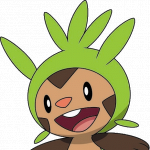 Due to restrictions in the MediaWiki software, page titles are always capitalized. The real spelling of my name is tehkapi.

Hamha! My name is Jason, you can call me tehkapi, or just Kapi if you wish.

I'm 23 years old and live in Eastern Pennsylvania. I was, and still am, a huge fan of Hamtaro. I watched almost every episode when it was on, and still watch them even today! I have played all the Hamtaro games with the exception of Nazo Nazo Q on the DS (Yeah, can't read Japanese...)

I used to be an editor on Wikipedia, where I not only made some mistakes, but also did some good things. My biggest screw up was getting too into the Sonic the Hedgehog article and helped create a "Chronological Timeline," with almost no proof.... Oops. I learned from my mistakes, and have created, and edited other pages (I was responisble for creating the page on Lehigh Career and Technical Institute, LCTI, as well as several major edits to the PlayOnline article.)

Since then, I have edited, and moderated several other wikis, hosted on Wikia, and others self-hosted. I generally deal with cleanup, but am pretty proficient with the wiki coding, so I can be a major help when it comes to backend things.

I may not be on all the time, but if you'd like to contact me, hit me up at hisnivy @ gmail dot com, removing the spaces.

Ah, good question. Some people think it comes from the Ham-Ham Cappy, but ironically, its kinda not. On a message board I was a user on, we changed our names to those of Digimon. I used Veemon at first, but since another user on the IRC server was using it, I changed mine. I was playing Digimon World Dusk at the time, and decided to use Kapurimon, since it was not only cute, but the metal hat reminded me of Cappy. Eventually, a user shortened it to Kapi, and that's where it stands today. If Kapi is already in use, I'll use tehkapi or SnivySnake.

Retrieved from "https://hamtaro.fandom.com/wiki/User:Tehkapi?oldid=7572"
Community content is available under CC-BY-SA unless otherwise noted.